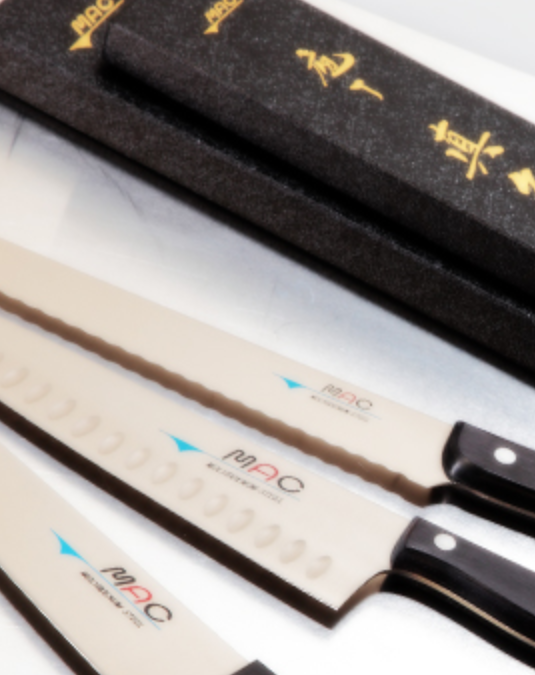 Have you ever wondered why there are so many styles of knives in the world? The Japanese have their way. The Germans and French are slightly different. All are superior cutlery for their tasks at hand, but wouldn’t it be neat to combine the best of both worlds? The Mac 9.5” Professional Series Chef’s Knife does just that! 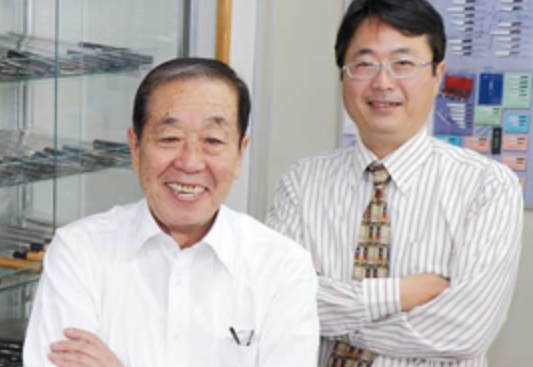 When Mr. Kobayashi returned to Japan after getting an education in Chicago, he realized his work in American kitchens taught him a lot about knives. Constantly repairing knives in the kitchens, Mr. Kobayashi knew a better knife could be developed.

Mac knives has been entirely manufacturing professional knives in Japan since 1964.  Now, chefs from all around the world use Mac knives.  Each knife is equipped with a razor-sharp edge, comfortable handles, and great balance. To date, there have been over 25 million Mac knives sold globally. 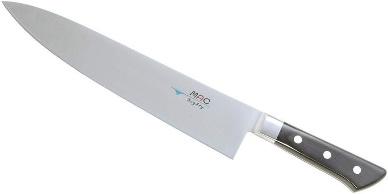 This Chef's knife is patterned after the traditional French chef's knife which has a slightly rounded edge and a rapid reduction towards the tip (compared to a Japanese chef's knife which has a more measured decrease from the heel to the point).  This is a 9½" edition which is pretty typical for most professional chefs.  A versatile knife for just about everything you would slice on a cutting board.  The Mac 9.5 Pro Chef’s Knife is extremely popular in professional kitchens.

Cutting It Down To Size